Requiem for the Arts of Fire

Venice hosts the thirteenth Architecture Biennale, under the title Common Ground as set by its curator David Chipperfield. Common Ground will remain open until November 25th. In the little island of San Giorgio Maggiore, away from the spotlights of the Giardini and the Arsenale, themselves epicentres of the architectural works exhibited in the Biennale; the glass works of the Venetian architect Carlo Scarpa are being exhibited in the show Carlo Scarpa. Venini 1932-1947, curated by Marino Barovier. Whoever is not intrigued on knowing that there are people who make a living out of Arts of Fire, please raise your hand now. Arts of Fire, a name which seems to have been pulled out of the most capricious tale of magical realism, has little to do with fire breathing or dancing, or even correfocs (1), although this would perhaps add even more beauty to the idea of a fire artist (2). Instead, Arts of Fire are constituted by the practice of ceramics, glasswork and artistic jewelry, in which the Mediterranean territories have excelled throughout the centuries. From Moroccan mosaics to Gaudí’s trencadís, from Portuguese or Valencian ceramics to Venetian glass; all the way to contemporary practices of artistic jewelry that are being carried out by numerous national and international artists; these pieces present a distinctive warmth and humanness. The aforementioned arts take their name from the processes employed in the manufacturing of these pieces, which require the use of fire, which is applied in one way or another.

It is often that the competencies of the Arts of Fire intersect with those of architecture; their relationship having been in constant tension since architecture is understood as such. Nevertheless, it is difficult not to acknowledge that an architecture that has been crafted with care is a warm architecture, as the crafted piece has been worked in a direct relationship with its materiality. As a result, the architecture has a scale which could be said to be more tangible. The best (and ceramic) example, is the brick unit, which, either glazed or not, has been specifically designed to be laid with one hand, while the other applies the mortar. A brick wall has a texture that not only entertains the eye, but also reduces its scale. Carlo Scarpa, the object of the exhibition described in the first paragraph, is also a good example of a professional who managed to create a dialogue between architecture and the Arts of Fire, the art of glass to be precise. Ceramic and glass pieces insert real or fictional stories in the architecture that contains them; they tell stories of material tension and are witness of a process of artisanal creation.

Now, the promotion of the Arts of Fire, at least in a national context, has often been put aside by other artistic practices that are not as historically rooted. A silent transition towards disciplines like graphic design and fashion design had been taking place long before the current economic situation of the country: those disciplines started receiving more funding, resources and facilities, to the detriment of the arts and crafts schools throughout Spain, even to the point that entire schools closed down. It is at this point where I can see at least two problems converging, to which I will come back later: on the one hand, the discredit of the national traditions in favour of (predominantly) Anglo-Saxon fashions; on the other, the preference, not only by students but also employers, for university degrees rather than training or apprenticeships, even if the subject covered is the same; a capitulation against cheap bureaucracy, of which everyone and nobody is to be held guilty.

Carlo Scarpa. Venini 1932-1947 sheds light upon the works of the Venetian architect, not only in the field of architecture but also craftsmanship; as an example of the relevance of a discourse on craftsmanship for the discipline of architecture, as well as its validity for the present times. This validity can be understood as a counter-revolution to the contemporary tendency of understanding architecture and materiality as separate entities. Moreover, Scarpa’s work shows the deep material knowledge that he had when it came to work with glass, and reaffirms the work of those who have lately seen and experienced their field of expertise being relegated to make space for other priorities. Scarpa was born in Venice in 1906, and carried out an intense activity in the field of glass craftsmanship. This work was carried out through the local glass industry, and ended up having international repercussion and exhibited in numerous shows in Venice and Milano. The exhibition Carlo Scarpa. Venini 1932-1947 reconstructs, by showcasing more than three hundred exquisite pieces of glass work, Scarpa’s creative trajectory as the artistic director of the glass factory Venini. Several of these pieces have been shown for the first time as part of Carlo Scarpa. Venini 1932-1947, having been shipped to San Giorgio Maggiore from different private collections and museums across the globe.

Barovier, the curator, has subdivided the pieces into thirty-something typologies, which differ from each other according to the execution technique and the resulting tissue of the piece – from vetri sommersi to murrine romane, from corrosi to vetri a pennellate. The exhibited material includes not only prototypes and one-offs, but also original drawings and sketches, as well as historic photos and archive documents. At the end of the exhibition, the visitor finds a video room, where two documentary films on the life and works of Scarpa are played. The exhibition offers an opportunity to reflect upon the meaning and importance of the experience of glass craftsmanship in the work of Carlo Scarpa; and proposes an interesting contrast between the activity of Scarpa-as-craftsman and Scarpa-as-architect. Finally, it is important to mention that this show is the first public initiative of Le Stanze del Vetro, a cultural project carried out by the Fondazione Giorgio Cini in collaboration with Pentagram Stiftung for the study and recognition of Venetian glass works of the twentieth century. Scarpa’s intimate and direct relationship with glass allowed him to know of its fragile plasticity – yes, this apparent paradox becomes true when it is glass that one is dealing with. Contemporary architectural practice, however, seems to be heading into a different direction altogether, as the architect is hardly ever in direct contact with the actual matter employed in building. This can be said to be so since Leon Battista Alberti opened the gap between building and design, by stating that the architect ought to produce drawings (disegni), without dealing with the actual materiality of the building itself (3). Pre-Albertian architecture must have had a more direct relationship with the actual building, in a similar manner in which a craftsman deals with the piece, and not with a bi-dimensional representation of it. The Arts of Fire require a deep knowledge of material processes, a knowledge which is more practical than encyclopaedic, a knowledge that Scarpa had when it came to glass. An example of his craftsmanship are the pieces exhibited in Carlo Scarpa. Venini 1932-1947, among which it is very hard to pick. Scarpa knew the processes and behaviour of glass to the point that he felt at ease when playing and having fun with them, exploiting them to unexpected creative levels: he was able to control every single variable that came into play, from the shape of the vessels to their colors, as well as the rim, which was sometimes deliberately imperfect. Scarpa’s work also has an element of surprise, which can only be exhibited by exhibited crafted pieces, the pieces themselves, rather than bi-dimensional reproductions of the work (photographic material), or designs (drawings and sketches). As one approaches a green vase, there is a moment in the trajectory where the volcanic red of the interior starts to be visible. In the age of image reproduction, an exhibition of pieces which came to being by the action of fire, allows the curator to exhibit not only ideas of work, but also their weight and lightness, their fragility and their colourful music. This intimate knowledge of glass, of the vetri battuti (beaten), tessuti (woven), incisi (engraved); allowed Scarpa’s built work to have an unprecedented sensorial imagination. According to the documentary film projected at the end of the exhibition, Scarpa had a fascination with detail that “ti fa morire di piacere” (“would make you die with pleasure”).

Carlo Scarpa. Venini 1932-1947 offers the perfect framework for claiming a greater presence of the Arts of Fire in the country, as it is in itself an example of knowledge of the material in question, as well as its constant conversation with architecture. Architecture is one of the many ways in which a revival of ceramics and glass could be implemented, which would also contribute towards the material improvement of the built environment. The Spanish arts and crafts schools have slowly been relegated to a secondary position, as other schools which are less rooted in the Spanish tradition have been favoured. By no means am I against the latter, and neither do I fall short from acknowledging their field of expertise Having said this, it is ill-conceived to believe that the abandonment of the techniques that are well known in favour of others which are foreign, will result in a more competitive industry at an international level. It is so because it presupposes a condition of inferiority. This abandonment is attacked here for its practical repercussions rather than for the theoretical ones: after all, this is not new, it is a problem that is being carried since the Generación del 98. In addition, this sudden change of direction has meant that all the new disciplines that are now being taught have acquired the status of university degrees, having created a bureaucratic labyrinth as impenetrable as it is unintelligible, and beyond such surreal situation, it has meant a discredit towards training and apprenticeship. Nevertheless, for the sake of ending on an optimistic note, it is worth mentioning that there are some workshops in the country which are already perfecting ceramic and glass techniques and becoming competitive and even state of the art. Some other professionals never stopped doing so, having to witness how it became more and more difficult to pursue a career in the Arts of Fire. Finally, the number of architects who interrogate the tactility and materiality of their built work is certainly growing; it is often that they end up experimenting with materials, and that might lead them to an interest in the Arts of Fire. At the end of the day, black in ceramics or glass is never black; rather, it has a dancing colour, restless as light touches it; light as it happens not being free of materiality either. All in all, it’s not only darkness.

(2) Difference in translation, as in English Fire Arts does indeed refer to fire perfomances like the ones mentioned above; whereas in Spanish it usually does not. That is why I have translated Artes del Fuego as Arts of Fire rather than Fire Arts.

(3) By no means am I here implying that Alberti himself had no notion of a materiality in architecture. Quite on the contrary, the entire second volume of his work is entirely dedicated to materials, as Alberti did not overlook materiality itself. What I mean is that an approach to the architectural project by design rather than by material crafting led to an approach of architecture where the architect found himself as a craftsman of drawings, rather than of buildings. 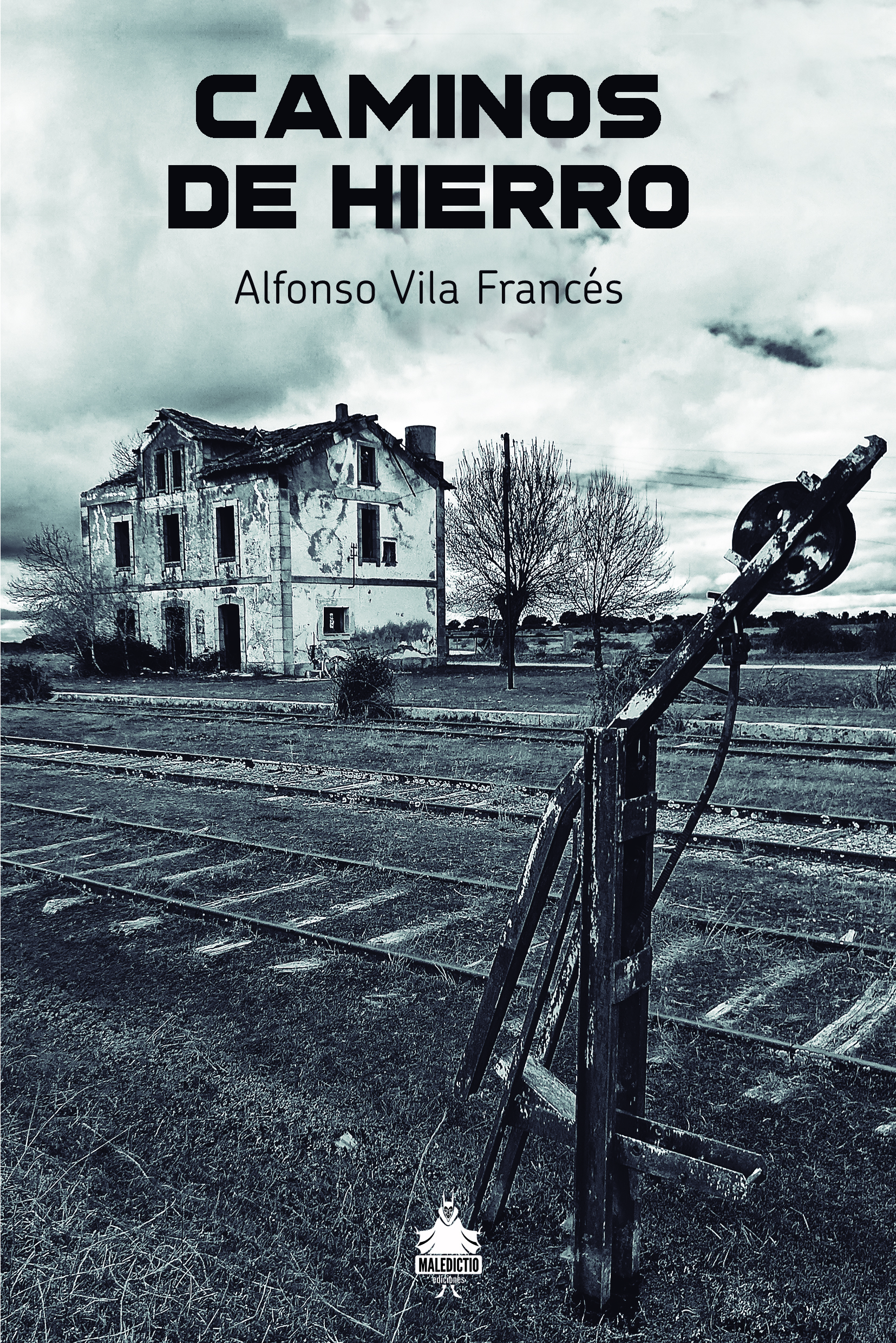 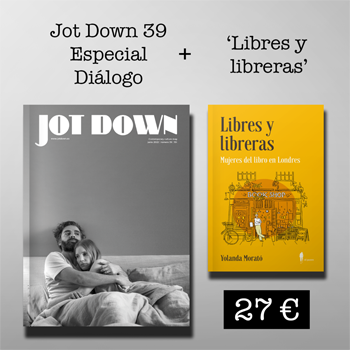